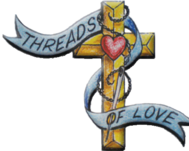 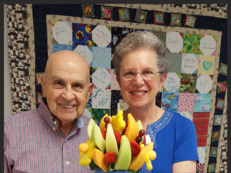 "This is a very scary time for parents," said Liz Page in a 2001 San Antonio Express-News article. "They don’t know if the baby will live or be severely handicapped... Parents don’t know how many surgeries their babies will have to have. There are lots of unanswered questions.  A mother never forgets she had a baby, even if it never lived. If you have a baby that dies (during pregnancy), nobody sees that. No one talks about it."Even while serving these grieving families, Liz urges parents not to give up hope. Despite losing several of her own grandchildren by miscarriage, Liz can joyfully point to the wonderful families God has now given her twin daughters. 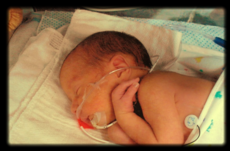 In the mid 1990's Joe and Liz Page's ​twin daughters, Margie Ernig and Michelle Stewart, miscarried multiple times. Michelle miscarried three times, and Margie named her miscarried baby, "Sarah."  Joe and Liz began praying for ways to serve the Lord in memory of their four special grandchildren, who are now waiting in heaven to meet them.

In 1997, a friend shared with Liz the July 15, 1997 issue of Family Circle which contained an article about Sissy Davis from Baton Rouge, Louisiana. Sissy had driven a school bus for 30 years and after retirement was seeking a way to serve the Lord. God led her to use the sewing skills He had given her to start Threads of Love, now a national ministry.  Joe and Liz immediately recognized God's calling and contacted Sissy for more information.

Two years later, on October 1, 1999, the 36th Chapter of Threads of Love was launched in San Antonio, Texas. The newly-formed chapter was dubbed the SARAH Chapter - "Sewing And Reaching A Heart."  The first donations to the new chapter were made by Joe and Liz in memory of their grandchildren.

The ministry of the group has grown steadily -- both in the number of volunteers and in the number of items produced for the babies. In addition to sewing, knitting, quilting, and crocheting clothing items and accessories, the SARAH Chapter (and its many satellite groups) provides memory boxes, transportation containers for fetal remains and an annual service of remembrance for those grieving the loss of a child.  All items sent for delivery to local hospitals and other preemie caregivers are packaged with a prayer.